The ‘Wishing Well’ wasn’t something that I had planned, and the idea really came to us when we stumbled across something similar in one of Newcastle’s second-hand shops.

We found this perfect vintage looking suitcase in the same shop, and bought it for $25. The closures didn’t work, but that was because the bottom front panel had been bent so far back. Once it was straightened up, the case shut and locked nicely.

Dad cut some MDF small enough so it would slip behind the metal rim running around the top of the case. 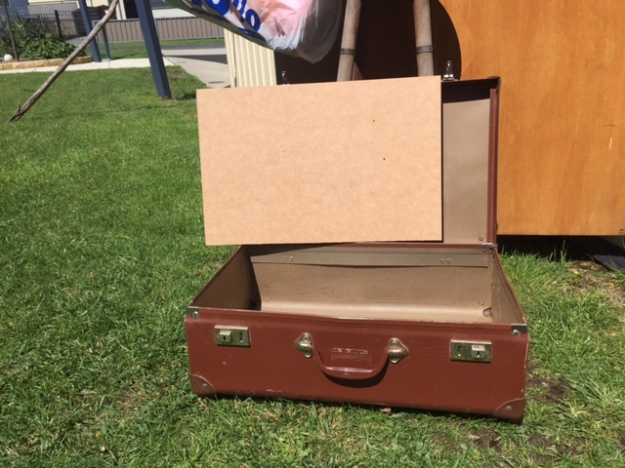 Using PVA, I glued a layer of wadding to the MDF. I also cut a smaller piece and stuck it on top, so there was a bit more height.

Next, I cut some printed hessian, making sure I had enough to fold over to the back. I used a staple gun to secure the hessian.

Then, using some black elastic, I wrapped it over the front on a diagonal, stapling the ends on the backside. 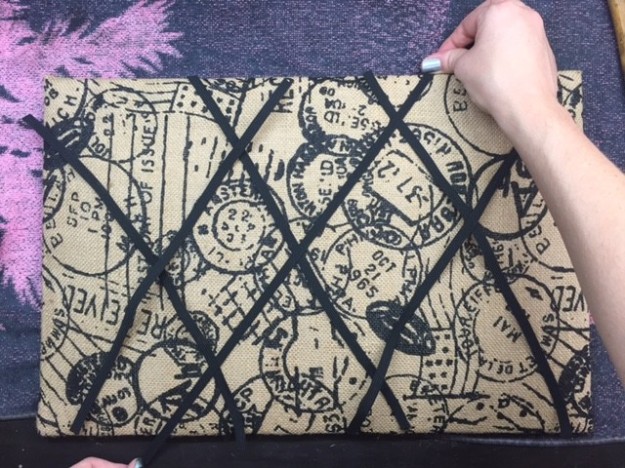 With all the hessian and elastic wrapped over the edges of the MDF, it was a bit of a squeeze getting it back into the suitcase! With a bit of force, it popped right in.

I was thrilled with how it was coming together, but I felt like the bottom half of the case needed some attention. We ended up gluing another bit of MDF into the bottom of the case as well, to help balance out the weight of the top. To hide it, I simply glued in more of the hessian.

Once the glue had gone off, I removed the pegs, and it was ready to go! Later on, Dad added some twine to the sides so the lid of the case would sit open on it’s own, without having to prop it up against something.

Here it is all set up on the day. We had some pictures printed of all the places we’d like to go on our honeymoon, and slid them behind the elastic. I think it looked really lovely, and I’m so happy that we’ve given this old case a new life. 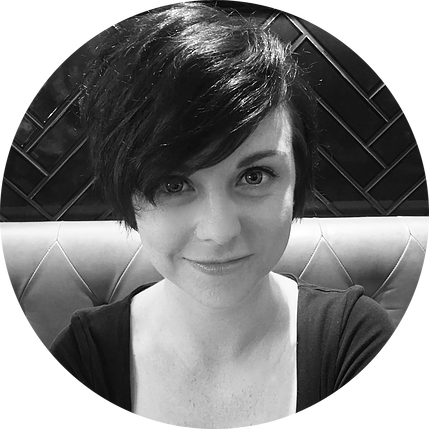 Hello! My name is Samantha Mackrill and I'm a DIY'er from Sydney Australia, with a love for pattern design, sewing, knitting and crochet. Make sure to follow my blog to keep up with my creations!